How harmful is Cholesterol after all? 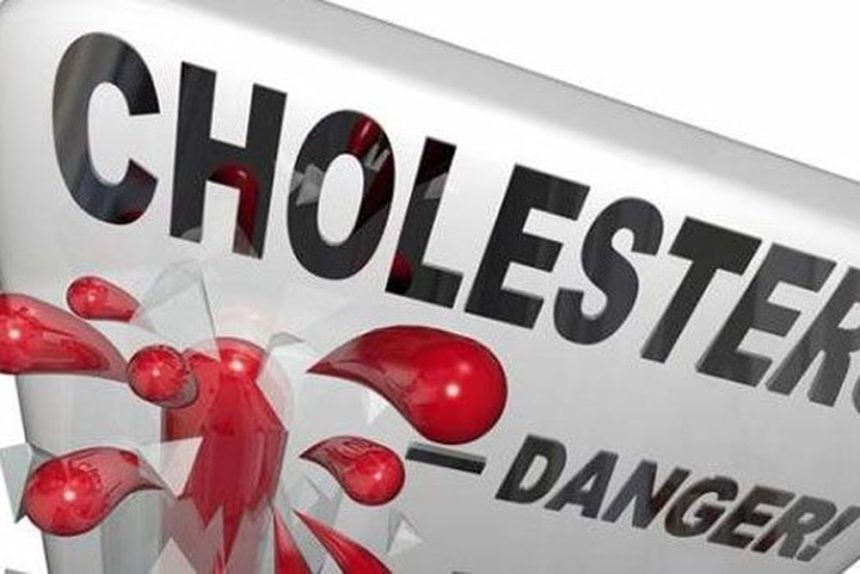 12 Feb How harmful is Cholesterol after all?

Posted at 17:06h in Chronic Diseases by DrKoini
Share

Cholesterol is a waxy sterol (a fat substance) found in the membrane of all body tissue cells and blood plasma of all animals. Smaller amounts of cholesterol are also found in plant membranes. Cholesterol, in other words, is a key component of the lipoprotein complexes that form the cell membranes. It should be noted that most of the cholesterol of the organism  (2/3) is produced in the liver, while a smaller proportion (1/3) is of exogenous origin, i.e. derived from the diet.

What is the importance of cholesterol for the body?

Cholesterol besides being a basic structural component of cells, it is necessary for the body because:

In a sense, when cholesterol is present in the blood and has a high value (hypercholesterolemia), is one of the major risk factors for cardiovascular disease, which can lead to heart disease or a stroke. This is precisely why the pharmaceutical companies compiled the Statins, chemical drugs against cholesterol. They were considered to be pharmaceutical formulations that would save patients from cardiovascular and stroke episodes.

However, even today, after the discovery and administration of statins, cardiovascular and cerebral diseases remain the main cause of death, as studies have shown worldwide.

Typical is the report by cardiac surgeon Dr Dwight Lundell, who points out that while 25% of the population gets expensive statin drugs, most of the American citizens will die of heart disease this year more than any other year past.

Because it is not clear how cholesterol is deposited under the arterial epithelium, there is a disagreement among the scientific community about the relationship of cholesterol to the occurrence of cardiovascular disease.

Malcolm Kendrick supports that cholesterol is not a risk factor, but it only has an indicator role. According to this hypothesis, when arteries are injured, cholesterol acts as a healing factor, demonstrating the poor condition of the arteries.

The guidance of the American Cardiology Society and the American Food Advice Committee in 2015 in relation to Cholesterol is also clear.

They now release the consumption of cholesterol from food as a risk factor as well as the use of medication from the cholesterol levels.

Statins are probably the most prescripted drug in the world. In western developed societies, 10-25% of the population over 45 years of age receive some form and dosage of this formulation. However, studies by various scientific groups have shown that the administration of statins to lower cholesterol simply counteracts the symptom, ie the increase in the body and not the cause of this increase. Also, the harmful effects on the human body from the use of these medicines are stressed.

A study in Atherosclerosis journal shows that the use of statins is associated with a 52% increased incidence and a greater extent of coronary artery calcium than those who do not receive similar treatment.

A second study published in another journal, Diabetes Care, reveals that people with type 2 diabetes who have developed atherosclerosis and are frequent users of statins have significantly elevated levels of coronary artery calcium compared to those who use the drug less. In addition, in a subgroup of participants who did not initially receive statins, the development of coronary artery and abdominal aortic calcifications increased significantly when statins began to be taken regularly.

These drugs have a multitude of potential side effects, which depend on the dose that is taken. In fact, since 2009, there are over 900 studies showing possible side effects from statin use that start from muscle problems to an increased risk of developing cancer.

One of the main mechanisms through which statins cause damage, is by neutralizing the most important coenzyme molecule Q10 (CoQ10) or ubiquinone. It is worth noting that Q10 helps to deliver electrical charges to the mitochondria, or to the cells’ power generating sites, so that they can produce energy, that is, to be kept alive. The heart contains the largest amount of mitochondria from each muscle in the body, so the administration of statins leading to Q10 allocation, not only does not protect against heart disease but can also be the cause of their manifestation.

In general, the major pathological events associated with statins are the following:

When do Statins help?

Patients benefiting from statins are actually very few. A small group of people, who have familial hypercholesterolemia, benefit from taking statin. This disease is a genetic abnormality that causes cholesterol levels above 350. However, even at these levels, the cause is only genetic in a minimal number of people.

The interpretation of increased cholesterol

When damage is caused to the wall of a vessel, then cholesterol attaches to it to overlap the damage, thereby creating an atherosclerotic plaque. This observation led Brown-Goldstein to the Nobel Prize in Medicine in 1985. This means cholesterol is not the cause of artery closure but a second defense mechanism of the organism in the event of damage to our vessels.

Cholesterol is transferred to the blood in the form of large (good) and small (bad) molecules. Small molecules more easily penetrate and are placed on the wall of the vessels while the large ones are transported into the bloodstream without attaching to the walls. It should be noted that no drug affects the size of these molecules.

It is worth noting that Linus Pauling (who has received 2 Nobel Prizes in Biochemistry and Peace) and his associate Dr. Matthias Rath, described the damage to our vessels mainly due to lack of vitamin C and other nutrients. When there is not enough vitamin C, there are cracks in the inner surface of the vessels. At this point the body instructs the liver to produce extra cholesterol to repair, even superficially, the damage.

Functional Medicine through special examinations can help to maintain normal cholesterol values by not repressing this important structural organic compound but by discovering the true cause that causes it to increase. Thus, this can be done to restore true pathogenicity without the unnecessary use of statins and avoiding the catastrophic side-effects caused by their administration.

Restoration is based on the administration of appropriate Micronutrients and Macronutrients (vitamins, trace elements, photochemical anti-inflammants, etc.) and the nutrients that the body needs in order to limit and correct the cause and the harm caused and thus to maintain normal values cholesterol .