Lupus erythematosus, a disease that mimics others 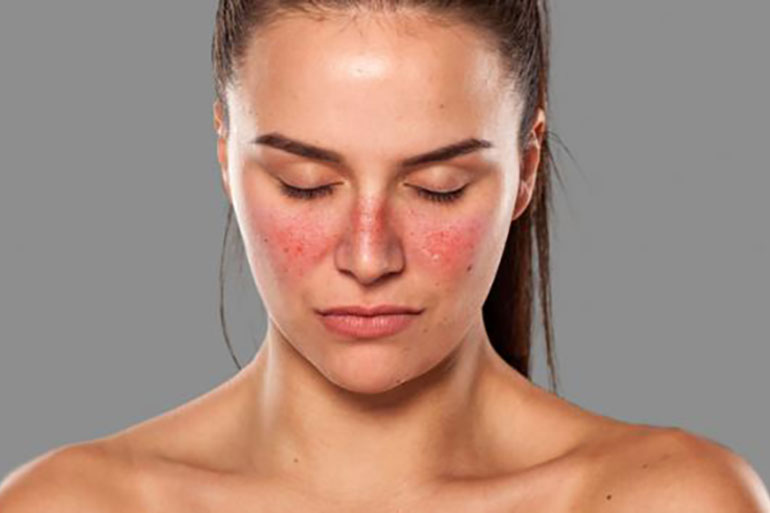 13 Mar Lupus erythematosus, a disease that mimics others

Posted at 15:16h in Autoimmune Diseases by DrKoini
Share

It seems that lupus erythematosus is a disease that mimics others so well that it can easily deceive us. The symptoms mimic or overlap with other health problems.

However, despite its complex, even dual features, lupus, after being properly diagnosed, is successfully treated only by the causal approach at a cellular level.

What is lupus erythematosus?

Lupus is a chronic autoimmune disease that causes systemic inflammation in multiple systems of the human body.

The symptoms of lupus erythematosus.

Symptoms may vary and mimic other situations. None of the two patients of the Disease will experience the same situation. However, the most common symptoms include:

The butterfly shaped rash or the “wolf’s mask” is a warning sign of lupus – although it does not grow in everyone who has the disease. It is a rash that covers the cheeks and nose in a butterfly pattern.

What causes the Disease?

There are so many predisposing factors as there are different people who develop the disease.

It is well known that all predisposing factors play a different role in different people.

The causes of lupus disease are complex and varied, but all patients with lupus have three common problems that are characteristic of everyone suffering from autoimmune diseases.
These three problems converge to express their illness.

Firstly, gene activity that creates a predisposition to the body. Secondly, damage to the intestine from drugs, toxins, infections, food or stress. Thirdly, exposure to environmental damage: contamination, food sensitivity, toxic metals and / or other environmental chemicals.

In terms of genetic predisposition, people with lupus often have a family history of an autoimmune disease, not necessarily lupus. However, about two dozen genes contributing to lupus manifestation have been discovered. The disease is more common in young African American, Spanish and Asian women. The genes, however, do not change quickly enough to explain the outbreak of an autoimmune disease.

But the lack of nutrients and toxins or infections can activate or deactivate different parts of the genes, called epigenetics. And this can genetically change expression very quickly. And the really bad news are that … these changes can be inherited.

Secondly, when the bowel has been damaged (leaky gut or bowel permeability disorder), the immune system grows causing chronic inflammation. This inflammation is not local. It diffuses into other organs and distant parts of the body. And depending on the attack and the genetic weakness of the individual, they may develop lupus, autism, rheumatoid arthritis, multiple sclerosis, Crohn’s disease, Hashimoto’s thyroiditis or any of the 300 autoimmune diseases. Foods with genetic modifications are known to destroy the lining of the intestine destroying healthy bowel bacteria.

Medication, anxiety and several foods can cause damage to the lining of the bowel causing leakage in the intestine.

More than 90,000 chemicals have been released on the planet since 1900. Few have been tested for safety. Some of the many sources of toxins include additives in vaccines, cleaning products and room deodorants, mercury, coal from burning power stations, amalgam fillers in our mouths and food.

Food sensitivities such as wheat gluten and casein in dairy products can be toxic. Bacterial infections, such as Lyme, Chlamydia and Mycoplasma. Viruses such as mononucleosis, HHV 6, herpes virus, parvovirus B19 and parasites cause autoimmune diseases.

Many doctors and scientists are convinced that the dramatic increase in the disease over the past two decades as well as other autoimmune diseases is due to an overwhelming poisoning of our bodies by numerous toxins combined with a diet inadequate of micro and macro-nutrients.

The complications of lupus erythematosus are serious.

Kidney failure is one of the leading causes of death among people with lupus. However, other possible complications include:

But before we mention the possible treatments for lupus, let’s look at the classic treatment for autoimmune diseases.

In this classical treatment approach, the treatment of lupus and other autoimmune diseases follows two pathways:

(1) based on the symptoms

(2) with aggressive control of the disease.

The first does not address the overall progression of the disease, while the second one involves the use of powerful drugs with many side effects without a substantive causal effect.

In contrast, etiologic therapeutic approaches bring spectacular results to all Autoimmune Diseases and lupus erythematosus.
This means that once we record the overall state of a person’s health, lifestyle, diet and how the environment has contributed to the disease, we can restore cellular balance.
Our cells are the smallest units of life. Cell groups create the tissues and organs of our body. Their biochemical and hormonal balance, homeostasis, is directly related to our state of health. Body homeostasis and metabolic pathways depend on the absorption of food, as well as on toxic compounds that enter our body.

The key to the treatment lies deep within the cell and its mechanisms.
Specific Molecular and Genetic Examinations, by taking blood or urine, detect the true causes and mechanisms of the manifestation of the Disease. So we can know the factors that caused the Disease.

The biochemical aberration that has led to cell mutation so as to eventually be recognized as “foreign cells” by the Immune System and eventually for any Autoimmune Disease to be developed is restored by the administration of therapeutic protocols calculated by algorithms and fractions based on the analyses and test scores. In this way, strictly personalized treatment is developed and patients see improvement and withdrawal of symptoms from the first few weeks.

Overall picture and health levels improve overall. Patients who additionally follow the instructions given at the end of treatment reduce the chance of recurrence to a minimum.
These treatments have been successfully applied for at least the last twenty years and do not contravene with any other parallel drug or homeopathic treatment.

Appropriate treatment is the one that gives the greatest benefits to the health and well-being of patients. These benefits are documented by similar test scores and clinical results.