Omega-3 Fatty Acids: Can They Suppress Inflammation And Autoimmunity? 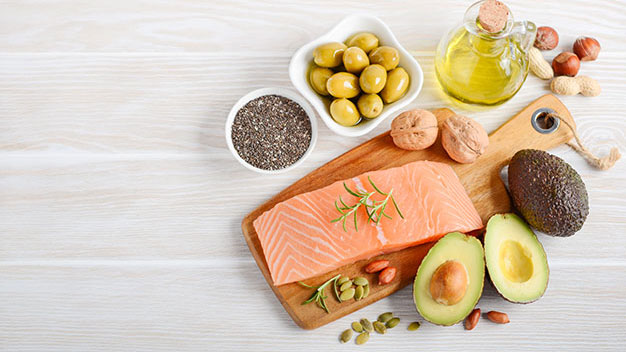 10 Mar Omega-3 Fatty Acids: Can They Suppress Inflammation And Autoimmunity?

Posted at 10:20h in Health, Nutrition by DrKoini
Share

EPA and DHA have been identified by many researchers as extremely beneficial to the human body. The human body does not have the ability to synthesize these fatty acids, so they must be taken in through the diet. They play an important role in various body processes and they have the ability to deal with various health problems that afflict us.

It has been argued that omega-3 fatty acids contribute to good heart health and ensure the proper function of the brain and immune system.

Omega-3 fatty acids have the ability to reduce the production of substances in the body that cause inflammation (cytokines) and promote the synthesis of substances that have anti-inflammatory and healing effects. In addition, they regulate inflammation, as they are responsible for modulating the expression of genes that are associated with it.

More specifically, the main function of EPA is to form molecules, known as eicosanoids, which inhibit inflammation. DHA Ω-3 fatty acids can dissolve lipid deposits in membranes. Thus, it becomes quite difficult to cause inflammation.

In fact, according to several studies, the intake of Ω-3 fatty acids has been associated with a reduction in symptoms in inflammatory conditions, such as Rheumatoid Arthritis. In addition, omega-3 fatty acids have been shown to reduce pain in people with inflammatory bowel disease (Chrohn’s disease, ulcerative colitis). The importance of omega-3 fatty acids in the treatment of inflammation and autoimmunity was first reported in an epidemiological study of Eskimo Greenlanders which was conducted in the 1980s. In this study, participants presented extremely low rates of autoimmune and inflammatory diseases, such as type I diabetes, bronchial asthma, multiple sclerosis and psoriasis.

Ω-3 fatty acids can be particularly beneficial in both the prevention and treatment of Autoimmune diseases such as Rheumatoid Arthritis, Psoriasis and Lupus.

Several studies have been conducted to highlight the effects of omega-3 fatty acid intake on Rheumatoid Arthritis and clinical benefits have been observed in those who receive a minimum dose of 3 g / day EPA + DHA.

Patients with Crohn’s disease who used an EPA + DHA supplement of 2.7 grams per day noticed that their health improved.

What are the ideal proportions of Fatty Acids for our body?

Ω-3 fatty acids, as it was mentioned above, are characterized by beneficial properties and enhance the proper function of our body. In contrast, omega-6 fatty acids are another type of fat that can be harmful to our body.

The ideal ratio between omega-3 and omega-6 fats in our diet should be 1: 1. However, the ratio which is recorded in the modern diet is 1:16. Today’s industrialized diet, which is based mainly on vegetable oils, is deficient in Ω-3, while it is rich in Ω-6. This causes disturbances in their balance, resulting in deregulation of the body, as Ω-3 are unable to exert their beneficial properties. This, however, can be a precursor to various diseases.

When the ratio of fatty acids changes, the function of cell membranes in all cells of our body can be altered.

The mentality that was established in the ’60s, according to which it was considered beneficial to avoid eating animal fats and oily fish proved to be destructive. As a result, people consume processed cereals, carbohydrates and sugar, resulting in a rapid increase in Chronic Diseases. Health problems, such as diabetes, cancer, and autoimmune diseases, increased significantly during the time it was suggested to avoid fat in the diet.

Omega-3 fatty acids can be a powerful ally against inflammation and autoimmunity. The intake of fatty acids through supplements needs to be personalized. Scientific and technological progress has made specialized diagnostic tests available that reveal the real needs of the body and determine the dosage of Ω3 fatty acids for each person. Only through such a personalized approach, the human body benefits to the maximum and can achieve the optimal levels of health and well-being.