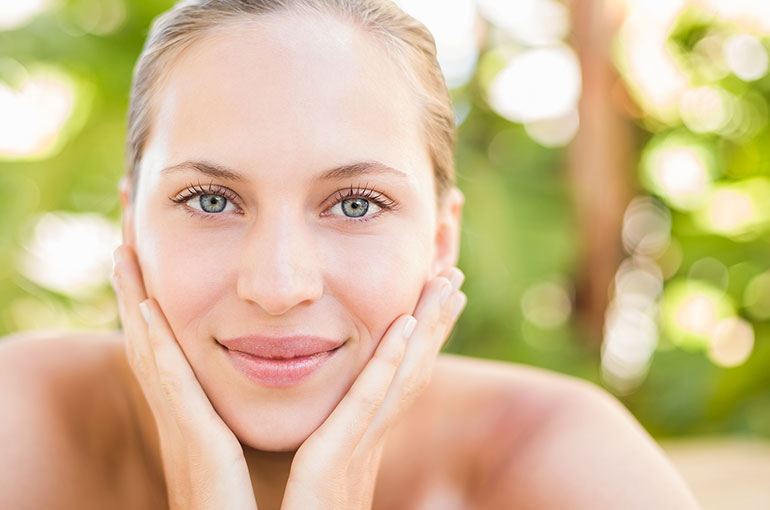 The skin is the largest organ in the human body and as such is an indicator of the overall level of health and well-being of a person.

Probiotics are live bacteria and yeast that are beneficial for health, especially for the digestive system. Bacteria are often seen as something that causes illnesses. However, the bodies are full of bacteria, good and bad. Probiotics are often referred to as “good” or “useful” bacteria because they help keep the intestine healthy. They contribute to total well-being, including health of the skin.

In addition, probiotics contribute to separate advantages for skin disorders. It has already been shown to play a role in skin health, such as the reconstruction of atopic dermatitis, promoting the treatment of scars and burns, revitalizing and enhancing the innate immunity of the skin. For those who suffer from acne and have unhealthy intestines supplemented with probiotics, especially lactobacillusacidophilus and yeast saccharomycescerevisiae, they will see improvement to their acne.

Even Eczema and Psoriasis, widely researched by the Medical community, have been shown to benefit from probiotics. Eczema is a condition that causes the skin to itch, making it red, dry and cracked.

It is a long or chronic condition for most people, although it can improve over time, especially in children.

Supply of probiotics in infants has been shown to slightly reduce the likelihood of eczema. Probiotics have also been shown to improve the symptoms of Eczema in patients suffering from the condition.

Psoriasis is another skin disorder associated with inflammation where oral probiotics have been shown to be beneficial.

If these disorders can be saved with probiotics, it is very simple to assume that these benefits can be further extended to the anti-aging of the skin as well.

Bacteria of the gut strengthen the human immune system. Having a strong immune system benefits all organs of the body, including the skin. There are about 100 million microorganisms (bacteria, fungi and viruses) living in the human body. On the skin, bacteria move exclusively.

Currently, experts assess whether these interactions can reduce skin inflammation, such as Rosacea, and promote collagen production. They also examine whether skin products with probiotic content are more effective for skin health than oral probiotics. Researchers have suggested that probiotics can benefit the skin not only through the digestive tract, but also when used in topical applications such as creams and lotions.

Good bacteria in the intestine can help eliminate toxins and free radicals that can damage the skin and cause early signs of aging. The introduction of probiotics will not only eliminate the bodily toxins, but will also restore the harmful damages caused by free radicals.

Probiotics have been shown to enhance the barrier function of the skin. The skin acts as a natural barrier to preserve internal organs and keeps pathogens and other toxins. Not only there is a microflora living in the human intestine, but there is also the microbiome of skin, with friendly microorganisms for protection. Microbial skin has been shown to protect against hostile bacteria, pollution and free radicals, which can accelerate aging.

Probiotics can help protect the skin from harmful UV rays that can cause premature aging of the skin and wrinkles. There has not been much research in this area, but what has been found is extremely promising.

There is no ultimate medical consent on what causes this condition, but it can be quite noticeable and cause discomfort to the person who suffers from it. It typically occurs between the ages of 30 and 60 and is much more common in women than in men. Eventually, it can even affect the shape of the nose, causing it to swell and get abnormally shaped.

Studies have shown that probiotics, applied directly to the skin and taken internally, can improve and prevent rosacea.

There are many conventional treatments that are commonly recommended, such as avoiding causative stimulating agents (for example: anxiety, spicy foods, sun alcohol or heat), prescription drugs (containing antibiotics or anti-inflammatory steroids or birth control pills).

Since the 1930s, scientists have discussed about the skin and bowel axis.

The approach behind this is that only anxiety or anxiety along with a poor diet can affect healthy bacteria that reside in the intestine, causing hostile bacteria to begin to overcome the probiotic bacteria normally resident there. Ultimately, the integrity of the lining of the bowel is affected by it and the toxins “diffuse” from the intestine and the body, causing inflammation that can cause rosacea.

Another set of elements indicating a connection between the intestine and the skin is the observation that probiotics improve skin conditions. Oral probiotics have been shown to reduce lipopolysaccharide, improve intestinal barrier function and reduce inflammation

The beneficial effect of probiotics on the skin can explain why pasteurized, unfermented dairy products are associated with acne, but the fermented are not. Oral consumed probiotics reduce systemic signs of inflammation and oxidative stress, both of which are elevated locally to those with acne. Oral probiotics may also regulate the release of proinflammatory cytokines into the skin.