Probiotics – The Protectors of the Intestine 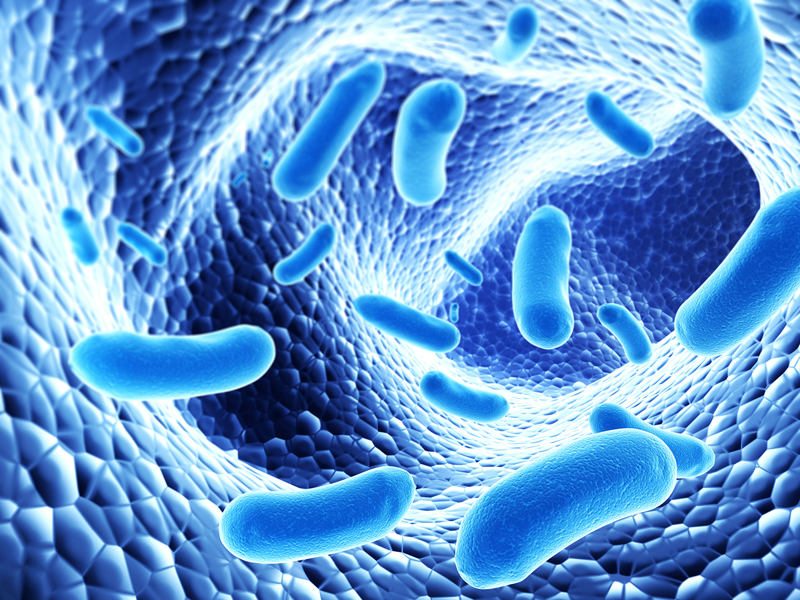 14 Jan Probiotics – The Protectors of the Intestine

Our intestine’s flora determines which nutrients are absorbed, and which toxins, allergens, and microbes are eliminated, and thus it is directly related to the overall health status of our organism.

Intestinal health could be termed as optimal digestion, absorption and proper digestion of foods. However, this depends on many factors.

There are more than 500 species and about 3 kilos of bacteria in the intestine, just like a huge chemical factory. These help in food digestion, the separation of Vitamins and Trace elements, they contribute in hormonal regulation, secrete toxins, and produce therapeutic compounds, which maintain the health of your intestine. These are the Probiotics – The Protectors of the Intestine.

Pathogenic bacteria, such as parasites, yeasts, and bad bacteria on the other hand, can lead to serious health problems.

Many diseases that seem completely irrelevant to the intestine, such as eczema or psoriasis or arthritis, are actually diseases caused due to intestinal problems.

And we should not forget the second “brain”

Within the intestine there is a whole neural network. Actually the intestine includes more neurotransmitters than the brain. At the same time, it is connected to the brain, and messages travel back and forth. When these messages change, for any reason, and in any direction from the brain to the intestine or vice versa, our health is disrupted.

But then our body should, through the intestine, get rid of all the toxins produced as metabolic sub-products, as well as from the liver’s toxic waste which is produced during hepatic metabolism.

And, of course, among other things, the intestine should break down all the food we eat into individual elements, separate vitamins and minerals, and make the transfer to and from the bloodstream, so that you can stay healthy.

Even in the perfect organism, the intestine has a difficult job to perform so that to maintain balance.

It is really important to understand that many diseases, although they seem completely irrelevant to the intestine, such as Eczema, psoriasis or arthritis, are actually the result of intestinal problems.

Thus, bacteraemia of the intestine, which consists of many trillions of bacteria living in our digestive system, is gaining constantly recognition as a contributing factor to various diseases, not only to gastrointestinal system disorders. It is directly related to Autoimmune Diseases, as well as Cardiovascular and Neurologic Diseases

There are many mechanisms through which the said bacteraemia can affect the brain: through the activation and overactivation of our immune system, producing neurotoxins, releasing hormones or neurotransmitters similar to those produced by the human body, or through neuronal excitation, which sends signals to the brain.

Through these mechanisms, the intestine’s microbes form the architecture of sleep, and influence the hypothalamic-pituitary- adrenal axis. They also influence memory, mood and cognitive functioning, and they are clinically and therapeutically relevant to a range of disorders, including alcoholism, Chronic Fatigue Syndrome, fibromyalgia and restless legs syndrome. Their role is also being studied in multiple sclerosis and neurological manifestations of celiac disease.

The means to alter this significant bacteraemia of the intestine include certain therapeutic changes in diet, as well as probiotics.

What are probiotics – The protectors of the intestine?

Probiotics – the protectors of the intestine – are more easily described as “good” bacteria, but they may also be yeasts or other types of organisms. These microorganisms are actually promoting our health in various parts of our body, especially the digestive and the immune systems. Certain probiotics occur naturally in our body, such as the bacteria of the stomach, which are involved in digestion.

Different types of probiotics affect our body differently. For example, one type may help in the more effective movement of foods within our digestive systems, while another type may help our body digest lactose, the protein found in dairy products.

Some possible benefits from Probiotics:

What do Probiotics do?

Probiotics improve normal intestinal flora (bacteria living in the intestine), thus blocking the growth of pathogenic bacteria and the accumulation of harmful microorganisms, while they also enhance the development of “friendly” (non pathogenic) bacteria.

Probiotics reduce the intestine’s pH. In simple words, they fight pathogenic microorganism in the gastrointestinal tract, and they block the growth of “bad” bacteria, through the production of “Αntimicrobial” substances.

They help in the management of gastrointestinal symptoms, such as the Irritable Bowel Syndrome, stomach ulcer, Crohn’s disease, and in all Inflammatory Bowel Diseases.

Probiotics also help in the prevention and treatment of Gynecological

They help in lactose intolerance.

Probiotics help in the prevention of Cancer of the intestine, and other cancers, according to recent studies.

They help in strengthening of the Immune system.

They help in Anxiety disorders, Depression, as well as in Autism Spectrum Disorders.

More recent studies show that now probiotics are also used for the treatment of Allergic rhinitis, as well as Allergic Eczemas.

Useful for breast-feeding women, as they prevent the manifestation of allergic disorders in babies and infants through mother’s milk.

Furthermore, probiotics protect against resistant staphylococcus, a microbe that is one of the most severe causes of hospital infections.

Probiotics have been associated with body weight loss and regulation, as the block an enzyme’s action, pancreatic lipase, and they improve the intestine’s flora, which is of particular significance against Obesity.

They help in the treatment of eczema, psoriasis, acne (probiotics help in the reduction of cytocines).