Psoriatic Arthritis – From Causes to Treatment 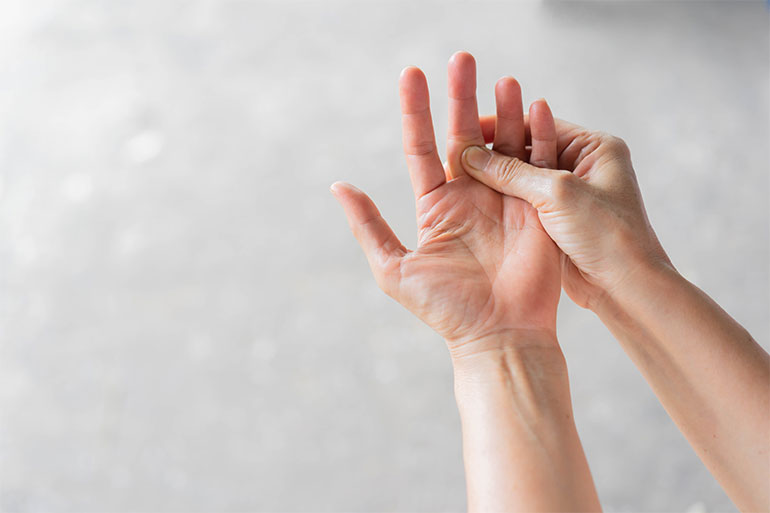 Posted at 15:32h in Autoimmune Diseases by DrKoini
Share

What is Psoriatic Arthritis?

Psoriatic arthritis is a chronic inflammatory form of arthritis associated with a skin condition which is called psoriasis and it has an autoimmune disease background. It affects the joints of the upper and lower limbs and / or the spine and occurs in 10-15% of patients with psoriasis.

It has a frequency ranging from 1% to 3% of the general population in various studies. Psoriatic arthritis usually occurs in people aged 30-55 years. It has similar clinical features to other vertebral arthropathies, as well as to rheumatoid arthritis.

The etiology and pathogenesis of psoriatic arthritis are not fully understood, but so far scientific data suggest a complex interaction between genetic and environmental factors resulting in immune-mediated inflammation, which involves the skin and joints and may involve other organs. It has been argued that environmental factors play an important role in the onset and pathogenesis of the disease.

Numerous scientific studies, conducted in recent years, have shown that certain cytokines play a key role in the inflammatory mechanisms of psoriatic arthritis. These are biologically active proteins which are produced by cells and they include tumor necrosis factor (TNF), interleukins 12 and 23, and interleukin 17A.

Epidemiological studies have also shown an association between streptococcal infection and recent exposure to antibiotics. Skin trauma is known to cause inflammatory psoriatic skin lesions, which is known as the Koebner effect.

The symptoms judged by the doctor to be due to psoriatic arthritis are the swollen joints, the swelling of the whole finger due to a combination of arthritis, enthesitis and soft tissue swelling.

Furthermore, another feature of psoriatic arthritis is enthesitis. Enthesitis is the pain caused by inflammation in the parts of the body where the tendons adhere, that is, they adhere to the bones forming the so-called inserts. External inflammatory manifestations of the joint, such as uveitis, are symptoms of psoriatic arthritis. the joints may also swell and increased local temperature can be  detected when the affected joints are palpated. In addition, patients with psoriatic arthritis develop morning stiffness, that is, they can not easily get out of bed in the morning, because they have difficulty in moving the joints. They are also sensitive to pressure on the joints that are affected by the disease.

X-Ray, CT Scan, Ultrasound and Magnetic Resonance Imaging are all useful in the evaluation of patients with psoriatic arthritis. However, psoriatic arthritis has similar clinical features to other inflammatory types of arthritis, such as rheumatoid arthritis and ankylosing spondylitis. Therefore, it is often difficult to make an accurate diagnosis.

Also, non-steroidal anti-inflammatory drugs are prescribed to some patients to temporarily relieve pain. The biological immunomodulatory antirheumatic drugs which are used to treat patients with psoriatic arthritis may have a positive effect on the disease, but at the same time, they are responsible for a number of side effects and do not cure the main cause of the disease.

Psoriatic arthritis can be treated if the hormonal imbalances and deficiencies of micro- and macro-nutrients, which led to the deregulation of the biochemical balance and the immune system and finally the manifestation of the disease, are first identified and understood. All the systems in the body are inter-connected. When one of them is not working in the best possible condition and the problem at the root has been left to persist, it can negatively affect other systems as well, creating a domino effect. Medications mask the symptoms, so we do not realize the continuing damage that occurs inside.

Nutrient supplementation can be a key factor in improving the overall metabolic function and therefore can positively affect the problems patients face. In this way, an individualized treatment regimen can be formed, which will lead the body to homeostasis at a cellular and hormonal level and at a later stage in the control of the disease.