Sunlight: is it beneficial or dangerous? 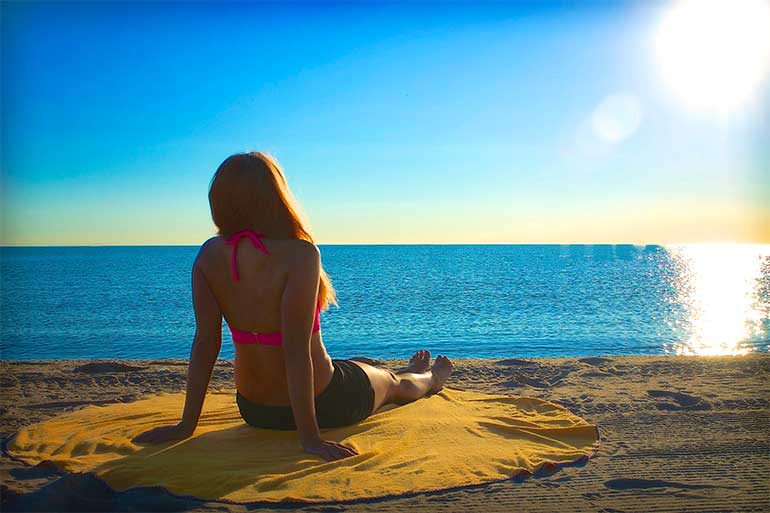 13 Jan Sunlight: is it beneficial or dangerous?

Sunlight and its properties

The sun dominates our solar system and our lives. It is good, therefore, to be fully aware of its benefits but also of the harmful effects that can occur on our body due to excessive exposure to sunlight. The effects of sunlight are known to be a controversial issue. Even scientists have come up with a dichotomous approach, according to which exposure to ultraviolet radiation (UVR) of sunlight has beneficial and harmful effects on our health.

The most well-known advantage of sunlight is its ability to enhance the supply of Vitamin D in our body. Vitamin D has been established in our thinking as the Vitamin that helps the absorption of calcium by our body and therefore protects us from the unpleasant effects of osteoporosis. However, its beneficial properties are not limited to this. Vitamin D from a simple vitamin has been upgraded to a hormone. At least 1,000 different genes which are found in virtually every cell in our body are now thought to be regulated by 1,25-dihydroxyvitamin D3 (1,25 [OH] D), the active form of the vitamin.

1,25 (OH) D accumulates in the cell nuclei of the intestine, where it increases the absorption of calcium and phosphorus by our body and controls the flow of calcium in and out of the bones. In fact, through its binding to cellular receptors, it intervenes in the action of those genes that are involved in the function of the neuromuscular system and   our immune system. Furthermore, it has been found to help stabilize blood pressure and prevent certain types of cancers, while also it is characterized by the ability to slow down cell aging.

Unlike other essential vitamins, which are taken exclusively from food, Vitamin D needs the exposure of our skin to UV radiation, in order to be synthesized and produced by the body,. It is no coincidence that it is also called the hormone of the sun. More specifically, it is synthesized in the skin through a photo-reaction which is caused by exposure to UVB radiation. Although Vitamin D is found in some foods, its amount is negligible in comparison to the levels that are produced by our skin through exposure to sunlight. Significant amounts of it are synthesized thanks to the intense sunlight of summer, even when we use sunscreen, which is evidenced by the fact that during the winter months there are more often deficient levels of Vitamin D in our body. Of course, even sunlight is not enough to achieve the optimal levels ​​of Vitamin D, which is why, in most cases, we need to take supplements.

Many studies show that low levels of 25 (OH) D are associated with the development of various diseases. For example, high levels of Vitamin D from either diet or UVR exposure have been associated with a reduced risk of developing Metabolic Syndrome, Type 2 Diabetes, Rheumatoid Arthritis, Thyroiditis, Systemic lupus erythematosus, infectious diseases, cardiovascular diseases, hypertension and asthma.

Sunlight helps release a key hormone, serotonin, into the brain. Serotonin is associated with boosting our mood, while its reduced levels increase the risk of depression. In addition, with the help of sunlight, the functions and the biological clock of our body are regulated. The sun speeds up the metabolism and has a positive effect on our immune and circulatory system. Through our exposure to sunlight, our well-being is enhanced and our overall health is improved.

Also, when we are exposed to the sun, our skin becomes tanned. Of course, tanning is the reaction of our skin, in order to protect itself from the harmful effects of the sun. When our skin is exposed to sunlight, UV activates the production of a pigment which is known as melanin. This pigment protects our skin from damage that may be suffered by the sun’s ultraviolet rays. However, we need to always have sun protection when sunbathing.

Potential risks to our health from sunlight

Nevertheless, prolonged and excessive exposure to sunlight is associated with various health problems. UVA radiation penetrates deep into the skin, where it may indirectly lead to skin cancer. Furthermore, increased UVB radiation, which also destroys DNA, is responsible for causing sunburn. Both forms of radiation are capable of damaging collagen fibers, destroying Vitamin A in the skin, and accelerating cellular aging.

Also, due to constant exposure to the sun, cataracts and diseases that are exacerbated by UVR-induced immunosuppression, such as reactivation of some viruses, may occur. Early reports on the association of sun exposure with skin cancer began to appear in dermatological publications in the late 19th century and by 1930 people began to be constantly informed by the U.S. Department of Public Health about the dangers of the sun to human health. Today, the three main types of skin cancer include melanoma, basal cell carcinoma, and squamous cell carcinoma. Increased exposure to UVR radiation is largely responsible for the development of all three types of cancer.

Of course, it should be noted that, according to the 2006 report of the World Health Organization (WHO), increased exposure to ultraviolet radiation represents only 0.1% of total world health in the form of disease. The epidemiologist at the National Center for Epidemiology and Population Health in Canberra, Australia, Dr. Robyn Lucas points out that various conditions that are associated with overexposure to the sun tend to be relatively benign. The exception is melanoma, which mainly affects older people.

In the same report of the World Health Organization, in fact, it was argued that several diseases can be the result of extremely reduced exposure to ultraviolet radiation. For example, cancers such as Hodgkin’s lymphoma, cancer of the ovaries, breast, pancreas, colon, prostate and other organs may occur due to our body’s minimal exposure to sunlight.

We are able to realize that sunlight can provide beneficial benefits to our health. However, our body’s over-exposure to ultraviolet radiation has been linked to many health problems, including skin cancer, which is the most serious impact. On the other hand, minimal to no exposure of our body to the sun can also lead to a number of diseases as well.

A wise solution is to embrace and apply the following saying: “the measure is the best”. This also applies to our exposure to sunlight. We need to be exposed to solar radiation in moderation, prudently and at times during the day when the sun’s rays are not particularly harmful. Only in this way will we be able to benefit from the sun, gain the greatest possible benefits for our health and integrate sunlight into our daily lives as a determining factor of a healthy lifestyle.

After all, the health benefits of UVB radiation seem to outweigh the side effects, and the potential risks can be greatly reduced if we carefully manage how we are exposed to UVR radiation. Furthermore, it has been found that reduced consumption of over-processed carbohydrates, reduced sugar intake and increased intake of dietary antioxidants can effectively shield us from the harmful effects that may be caused due to constant sun exposure. Several laboratory studies have shown that antioxidants such as apigenin, proanthocyanidins, polyphenols, curcumin, silymarin, and resveratrol may help prevent UVR-induced skin cancer.