The permanent treatment of psoriasis with a different medical approach 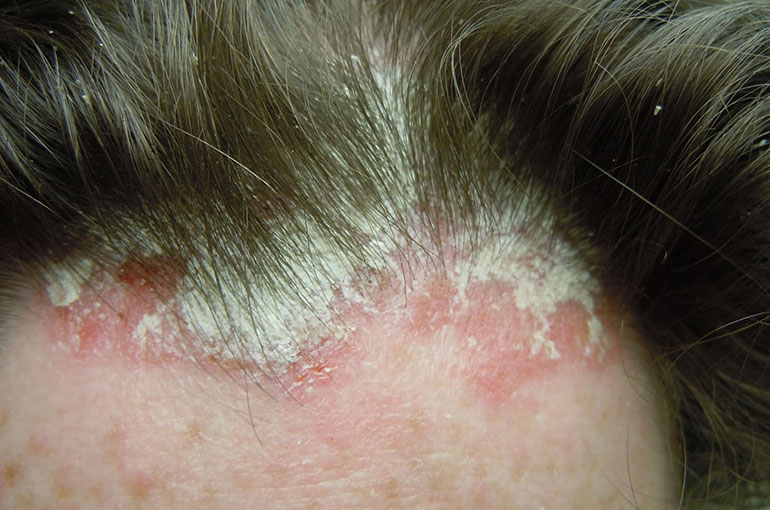 Posted at 15:22h in Autoimmune Diseases by DrKoini
Share

Psoriasis is an Autoimmune skin disease that affects about five million adults and usually involves exfoliation and inflammation.

They often appear on the elbows, legs, scalp, lower back, face, palms and soles of the feet but can appear anywhere in the body.

This disease can also affect the nails of the hands, toe nails, soft tissues of the genitals and the mouth. Often the skin around the joints begins to break.

Some people with psoriasis have inflammation that causes symptoms of arthritis, called psoriatic arthritis.

Treating the disease by applying cream, taking steroids and other short-term solutions, only helps to cover the manifestations of the disease. Psoriasis is a chronic inflammatory dermatopathy with an immune substrate and should be treated only etiologically.

My experience as a Doctor teaches me that once I determine a patient’s diet according to modern Medical reality and I deal with his / hers bowel problems, hormonal and other imbalances, their skin problems will be cured.

Which is the difference in the causal approach to psoriasis?

Functional Medicine is a Medical Approach system based on a different method of diagnosing and treating illnesses. It focuses on causes rather than on symptoms, based on an understanding of the potential way for our genes to interact with our environment and not simply to treat the diseases based on their labels.

This approach becomes a fundamentally different way of solving medical problems that allows us to decipher the origin of the disease and to identify the disorders of the ideal biological state and the cell imbalances that eventually lead to symptoms.

I will never forget a four-year-old girl who came to the Clinic with psoriasis from head to toe. She suffered from the age of six months. It was a red, swollen, inflammatory mess.

This girl was under immunosuppressive drugs to cope with her numerous symptoms and ended up being hospitalized with a MRSA infection (grape). The doctors had been treating her with antibiotics for a month.

This little girl also could not use the bath because her genitals were covered with the signs of psoriasis.

Instead of using invasive, potentially harmful creams and other drugs (which clearly dο not work anyway), I applied the approach of Functional Medicine. I looked at the brief but exhaustive medical history of health.

She had a leaky gut and abnormal bowel flora due to the long history of taking antibiotics and steroids that created overgrowth of yeast. My solution was simple but very effective.

We eliminated trigger foods such as gluten. We cleaned the bad yeast with antifungal treatment. We have incorporated anti-inflammatory, healthy fats and supplements such as probiotics, vitamin D, vitamin A and zinc to cure her skin.

I was sure it would improve even if it was the worst case I’d ever seen.

Now let’s see a patient at the other end of the spectrum. I reiterated exactly the same approach with a 56-year-old doctor with Psoriatic Arthritis.

Despite his love for his job, he was going to stop working as a surgeon in a hospital because he was tired, overweight and could no longer work because of joint pain. I told him that we had to correct his bowel with an eradication diet, get rid of parasites and introduce the right nutrients.

Six weeks later, my patient took his immunosuppressive medications and a long list of other medicines. He had no symptoms. His digestive symptoms disappeared, his skin cleansed, lost weight, and could return to work.

Treat Psoriasis with these Strategies

While psoriasis is often associated with gluten intolerance, this is not always the case.

The three biggest factors are:

For the treatment of psoriasis, we remove these factors and restore the natural biochemical balance of the body. It’s really that simple. Remove the things that cause the problem and add those that improve it.

Remove foods that cause sensitivity to the intestine. These include gluten and dairy products.

Limit the large amount of carbohydrates that cause glycosylation, a very important mechanism for creating ultimate destructive products for skin collagen and the creation of inflammatory disease.

Mercury and other metals cause or exacerbate psoriasis. Proceed to their removal.

Correct the intestinal flora. The intestines play a very important role in the health of the skin. One study has shown that intestinal permeability (or leakage of the intestine) can contribute to psoriasis. Overgrowth of yeast, abnormal bowel flora and other problems in the intestine can also cause or exacerbate psoriasis. If you suspect these or other issues, work with a doctor specialized in Functional Medicine to optimize your bowel health.

Use the right supplements under the guidance of a qualified physician.

Nutrients such as fish oil, vitamin D and probiotics can help eliminate psoriasis. Also, significant anti-inflammatory protection have ingredients such as cetacetin and grape seed extract.

Regular exercise is a natural anti-inflammatory factor. One study found that increased physical exercise along with dietary intervention causes a reduction in the severity of psoriasis in systemically present patients with active psoriasis, overweight or obesity.

Studies show that chronic stress can affect the development and exacerbation of psoriasis. The proportion of patients with psoriasis who believe that anxiety affects their skin condition ranges from 37% to 78% and the researchers believe that anxiety can aggravate the severity of psoriasis and may even lengthen the time to treat the disease . Relaxation techniques such as yoga, deep breathing, biofeedback, massage can reduce stress and promote relaxation.

Studies show that patients with psoriasis suffer from most sleep disorders.

With this approach you can cure this autoimmune disease from the inside out essentially and without medication.