The role of psychology in the onset of autoimmune diseases 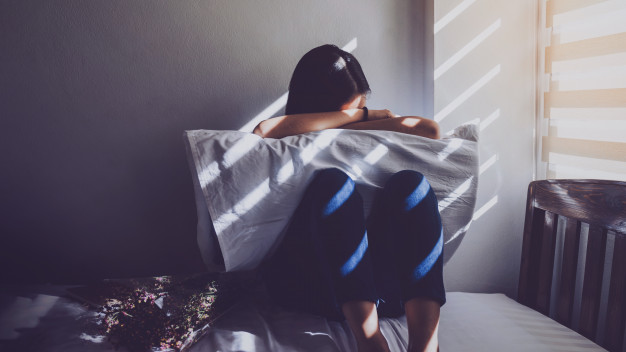 Posted at 16:15h in Autoimmune Diseases by DrKoini
Share

Stress is a normal reaction to stressful stimuli, as through it the brain sends “signals” to our body, warning us that a situation can be threatening to our body.

It is quite normal to feel anxious, especially if the rhythms of everyday life justify it. When stress exceeds certain limits and hinders daily activities, it may greatly disrupt the normal biological functions of the human body and it has been associated with an increased risk of developing chronic medical issues.

In particular, studies have shown that chronic stress can reduce the body’s ability to regulate the function of the immune system, as it triggers changes in the effectiveness of cortisol in regulating the inflammatory response. This means that cells of the immune system become sensitive to the regulatory effect of cortisol. Subsequently, the increased amounts of cortisol that are secreted in our body lead to the creation of inflammation, which promotes the development of autoimmune diseases.

What are autoimmune diseases?

Autoimmune diseases develop when our cells are so “damaged” that our immune system ceases to recognize them as its own. Thus, it turns against the tissues and organs of its own body, with the aim of neutralizing them. The long list of autoimmune diseases includes Psoriasis, Type I Diabetes, Hashimoto’s Thyroiditis and more.

Almost always, autoimmune diseases are associated with severe mood swings, which fuel the disease and worsen its clinical picture. For example, in about 80% of patients with rheumatoid arthritis, it was observed that various unpleasant events preceded the onset of the disease.

The association of stress with the immune system

Hans Selye was the first who linked stress to immune system function and observed that under adverse conditions, the hormonal system receives “commands” from the brain to secrete adrenaline and cortisol. These are hormones that increase endurance and manage to adapt the body’s function to what is happening, in order to ensure our survival in the face of various difficulties that arise. For example, being attacked by a wild animal is a condition that leads to the release of these hormones. However, the risk that the person runs from the above situation is temporary and has a specific duration.

However, when we experience chronic stress, the levels of stress hormones increase, with the result of a constant “state of alarm”. According to researchers, neuroendocrine hormones which are secreted as a result of stress lead to suppression of the immune system, as they alter or enhance the production of cytokines, namely the cellular messengers that are involved in the pathophysiology of autoimmune diseases.

Regardless of the risk, stress is expressed instinctively, suppressing the basic physiological systems for the benefit of self-preservation. What we generally refer to as stress and anxiety is subject to the same biochemical mechanisms in the body. Our psychology determines our physiology and our physiology affects our psychology. Therefore, the two-way relationship between body and mind is easily understood. This is the primary reason why our psychology plays a fundamental role in the immune regulation that lies behind the etiology of autoimmune diseases.

The association of psychology with autoimmune diseases based on research

According to a new study, people with stress-related disorders or post-traumatic stress are at increased risk of developing an autoimmune disease. Led by Dr. Huan Song of the Karolinska Medical Institute of Stockholm University, data on 106,464 people with stress disorders and 126,652 siblings who did not suffer from this disorder were analyzed.

It is meaningful that imbalances in metabolism make individuals more prone to infections, which are largely to blame for the occurrence of autoimmune diseases.

The shield against stress

Stress can greatly affect the quality of life. We should all be equipped with the right mental reserves to adequately respond to any difficult period we are going through. Furthermore, we need to safeguard our health in order to avoid the occurrence of health issues.
The effects of stress on a biological level can now be detected through specialized tests, so as to identify the imbalances that may have been caused at a molecular, cellular and hormonal level and are responsible for the occurrence of pathogenic conditions, such as autoimmune diseases. Through the formulation of personalized medical protocols, the organism can be supplied with the appropriate micronutrients and the necessary Natural (Biomimetic) hormones. Thus, oxidative stress is neutralized, normal cell function and hormonal homeostasis are gradually restored, energy production is promoted and the possible development of autoimmune diseases is prevented.

Of course, even if autoimmune diseases occur, the approach of Modern Medicine lies in identifying and eliminating the real causes of autoimmune diseases and evaluating the complex connection between our body and our psychology. In this way, the treatment of an autoimmune disease also includes therapeutic interventions on neurotransmitters in order to restore cellular balance at this level as well.