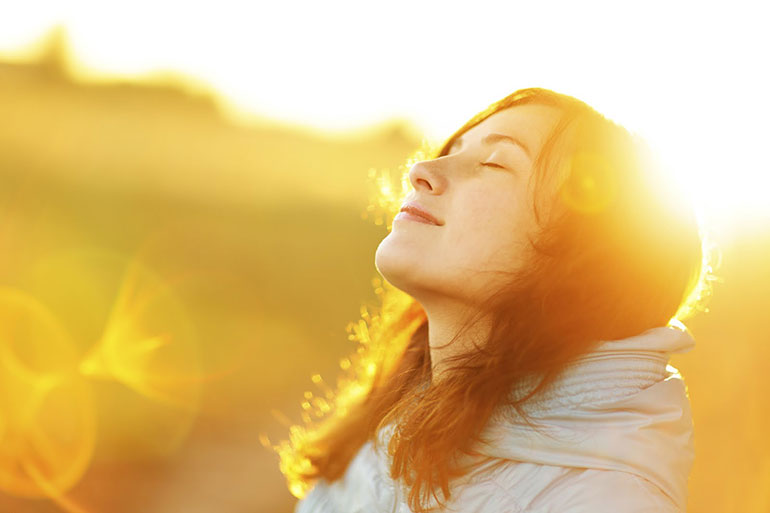 Vitamin D (VitD) was created through photosynthesis over 750 million years ago and appeared in early phytoplankton species in the oceans. When the first vertebrates left the rich in calcium oceans and moved to the land, 350 million years ago, Vitamin D played a key role in the evolution of the species as through it, calcium absorption by the body is regulated, hence the ability to build strong and healthy skeleton. Land vertebrates have developed the ability to produce vitamin D by exposing their skin to sunlight.

Even today, the mechanism remains the same. Specifically, in the human body, the production of vitamin D or else the “Vitamin of the Sea” is carried out by exposing the skin to sunlight. It has been nicknamed “the Vitamin of the Sun” because, beyond its ingestion of food, it is naturally produced by our body when the sun’s radiation comes into contact with our skin.

Metabolism and Biochemistry of Vitamin D

Vitamin D is an organic fat-soluble substance. It belongs to vitamins but now also to Hormones, and has direct effect on our genes. Vitamin D is found in the form of cholecalciferol in animals (vitamin D3) and ergocalciferolin in plants (vitamin D2). VitD-3, which is the inactive form of vitamin D, is synthesized from the cholesterol derivative of 7-dehydroxyl cholesterol in the skin through a process that requires UBV ultraviolet irradiation. It is then metabolized to the liver (hydroxylating reaction) to form chalcidol or 25-hydroxyvitamin D [25 (OH) D3] which is the storage form and then another hydroxylation occurs in the kidneys to form the calcitriol or 1,25-dihydroxyvitamin D [ 25 (OH) D3] which is the active form.

Calcitriol is the ultimate product of metabolism and is a hormone that interacts with more than 2,500 genes in the human body.

A study, carried out in 2006 with the collaboration of two major universities in Harvard and UCLA, concluded that the presence of vitamin D is essential for cells to have access to the DNA library. This study showed that while the white blood cells of the organism have the genetic information documented in their DNA for the treatment of bacillus tuberculosis, they can not use it without the presence of VitD.

The VitD receptor (VDR) is located in the cell nucleus and acts as a transcription factor when it is linked to its ligand, namely the calcitriol (the hormone 1,25 (OH) D3). The binding of the active form of its vitamin D-receptor, VDR, is important for the functioning of the transcriptional mechanism in eukaryotic cells. Vit D, that is, is necessary for the function of over 2,500 genes.

Some studies even mention a number of genes from 2,000 to 30,000. These genes encode many proteins, which play an important role in the Regulation, Differentiation and Cell Proliferation. Vit D receptors are found in the intestine, the bones, the brain, the prostate, the breast, the colon, the immune system, the heart and the vascular muscles.

VitD, was once associated only with bone pathologies such as rheumatism and osteoporosis. Today, Vit D has been recognized internationally as one of the key factors for Human Health.

The most serious complications of vitamin D deficiency are:

Low levels of calcium and phosphorus in the blood
The establishment of Rashitis in children a condition that leads to bone deformity and growth retardation
The development of Osteomalacia (a disorder leading to bone thinning) and osteoporosis in adults resulting in an increased incidence of falls and associated fractures.
Multiple Sclerosis
Diabetes mellitus (both type 1 and type 2)
Various forms of Cancer (especially of the intestine, prostate and breast)
Heart Disease
Psychiatric Diseases
Autoimmune Diseases

The most serious complications of Vitamin D deficiency are:

A) People with dark skin, as melanin acts as a filter in the absorption of UVB (ultraviolet B radiation)
B) People with little or no sun exposure, such as

C) Individuals with medical conditions predisposing to Vit D deficiency such as:

We may live in a country with a long period of sunshine, and often feel we have enough vitamin D that is triggered by exposure to the sun, but both sunscreen use and frequent indoor seating results in many people having significant defficiencies.

In addition, Vitamin D3 is no longer present in sufficient amounts in foods, so it can not take up the body’s nutritional needs.

Desirable percentages in people without severe health problems should range between 60-80 ng / ml.

While in cases with multiple problems such as Cardiological, Autoimmune, Malignancies and others, the levels should be much higher (therapeutic effect of Vitamin D) in cooperation and always in combination with the desired and appropriate levels of Magnesium, Vitamin K2, Zinc and Borion so that the functions of Vitamin D in our bodies are safeguarded.