Why is Magnesium important for our Health? 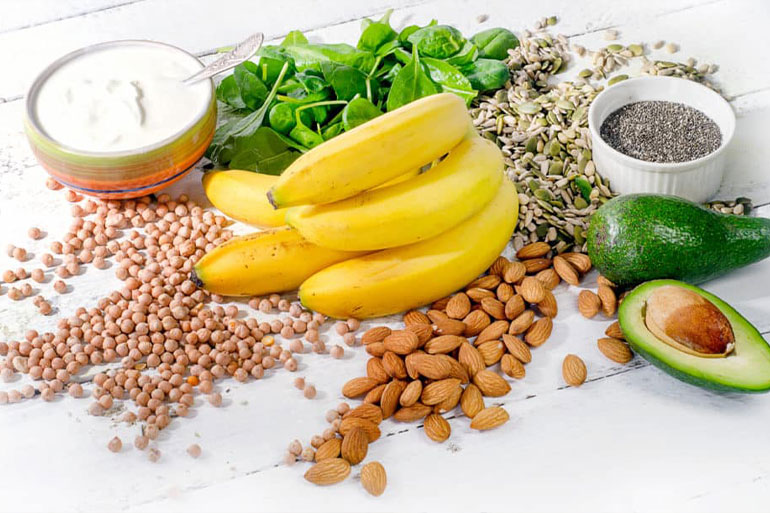 25 Feb Why is Magnesium important for our Health?

Posted at 14:03h in Molecular Nutrition, Nutrition by DrKoini
Share

How important is Magnesium?

Magnesium is a very basic metal for the human body, which offers many benefits to human health. It plays a vital role in maintaining human health and it coordinates various functions of the body.It is found in all tissues of the human body, but mainly in bones, muscles and the brain and it contributes to the completion of more than 300 enzymatic reactions.

In which functions does Magnesium participate?

More specifically, magnesium has a beneficial effect on the human body, as it helps in the production and synthesis of proteins. An additional important function which is performed through the action of magnesium is the production and storage of cellular energy, which is considered necessary for the performance of various cellular processes.

Furthermore, magnesium contributes to muscle relaxation, as it affects and coordinates various functions of the brain and skeletal muscle. Adequate magnesium stores in the human body cause muscle contraction, are a regulator for various heart functions and maintain blood pressure at normal levels.

As we mentioned above, magnesium contributes to the proper function of the body, assisting the overall health levels. Many disorders of the human body are often due to a lack of magnesium.

People who have difficulty in sleeping benefit significantly from magnesium, as it contributes to the relaxation of muscles and neurons. It is considered a strong anxiolytic and therefore it helps significantly in improving sleep.

Magnesium plays an important role in the proper function of neurons and a possible deficiency of it can cause neurological complications. Insufficient amounts of magnesium in the human body have been linked to migraines. Reasonably, magnesium is used as a therapeutic approach against migraine.

Decreased magnesium levels predispose to a higher risk of a number of chronic conditions, such as Alzheimer’s disease and type II diabetes. Adequate magnesium stores, in fact, prevent the development of stroke and various cardiovascular diseases.

How much magnesium does the human body need?

Magnesium has a beneficial effect on the body and enhances the viability of cells. However, it needs to be within normal levels, as increased amounts of magnesium can lead to unpleasant side effects, such as diarrhea. People with kidney disease or severe heart disease should take magnesium only under the supervision of a doctor.

However, the lack of such a valuable nutrient results in the manifestation of various diseases, which can cause incalculable consequences on the health of individuals. Reasonably, the preventive test of magnesium levels in the blood and the intake of magnesium through the daily diet can significantly contribute to the prevention of such unpleasant situations.